Ambition is like love, impatient both of delays and rivals. – the Buddha 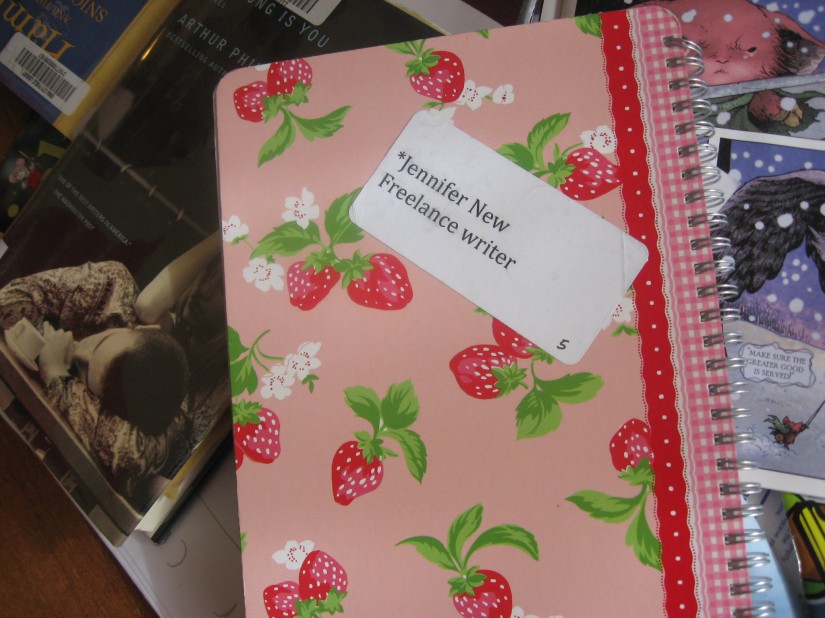 “I don’t want to be a writer any more,” I said to my friend a few weeks ago.

“What do you mean? You are a writer,” he says, inferring that I’d just suggested I stop becoming a woman or a Caucasion of German-descent.

“I’ll always write. But I’m tired of the aspirations.”

The aspirations are a lot to carry around. Or maybe I should say ambition, which is more about drive and less about hopes and dreams. Both – ambition, aspiration and even hopes and dreams – are all baggage, to some extent. Indeed, they get us places and push us on to the Next Thing. But at different junctures, they can become heavy and, ironically, hold on to our ankles when what we really need is some steam heat to help us float.

Ambition is something I’ve struggled with since becoming a writer and a mother – two events that happened nearly simultaneously. Before I published my first book, I was someone who enjoyed writing. I did it when I could. I published occasionally as opportunity presented itself. But I didn’t have grand dreams. I didn’t call myself a writer. I didn’t worry terribly when there was a dry spell.

This was thrilling territory. What I didn’t understand was that it also came with a slew of expectations from my self and from the world.

But then the book came out and I was A WRITER. This was thrilling territory. What I didn’t understand was that it also came with a slew of expectations from my self and from the world. There was a book out so surely there would be another. And there would be articles. And agents.

Last week, I was visiting New York and was invited by a friend who is an editor to attend a hoity-toity publishing luncheon at the old school restaurant 21 Club. It was like entering the belly of the beast. All around me were editors and agents. Women who do nothing all day but Make Books, and by extension, make people into writers. It was an entire room of women in glasses with natty book-filled handbags, tucking into bland chicken, sipping coffee, exchanging business cards, and listening to a Pulitzer Prize-winning novelist talk about “why fiction matters.” I might have passed out with anxiety, but instead I looked around and thought, “I am not these people.” They didn’t feel like my peeps. I wasn’t at home.

The most at home I felt was when the visiting author, Elizabeth Strout, who was lovely and a tad gawky, tried to answer the rather overblown question implicit in her talk. “We all desire every day to have an authentic conversation,” she said. “Whether with a partner or a friend or a parent – it’s what we most long for.”

Authentic. Amen. Yes! That’s why I write. To record my most authentic self. To share her with others. To have that dialogue that in some ways I can have with no one else but myself. That is why I write — not to sell copies or get an advance or see my name in a review.

The conversation in the room, however, was all about that stuff: “What are you working on?” “What have you sold?” I was increasingly uncomfortable with my nametag, which announced me as a Freelance Writer. Is that what I am? But if I’m not a writer, then what am I? A mother, indeed. A member of my community who works to improve it. A yogi. A swimmer. A daughter. A friend to many. But do I have a professional moniker at this point? And if not, can I live with that?

When we allow our art to just be — not to be something that defines us or that we’re constantly working on (and here I mean working in a sweat-inducing, teeth-gnashing sort of way) — what happens? What happens to the art and to us and our self-definition? Over dinner in NYC, a friend who went through an MFA program and has published short stories, all the while working on a novel, admitted that she no longer calls herself a writer. “I’m a copywriter,” she says of her job in advertising, “which means I’m a sell out to a lot of people. Writing is my hobby.” Another friend said that she too is increasingly uncomfortable calling herself a novelist, as she’s yet to sell one and grows further and further from the ambitions that got her through two years in the notoriously brutal Iowa Writer’s Workshop. “But if I’m not ‘a writer’, then I’m a ‘legal writing teacher,’ which is fine if I’m also ‘a writer’, but less fine if I’m not.”

I used to not want to be called A MOTHER because I had such issues with all that that inferred. I saw Betty Crocker. I saw crockpots and dustbins. I saw apron tails and clinging toddlers. I saw anything BUT ambition. And if one wasn’t striving toward something, then who the hell was she? JUST a mother, I thought, disparagingly.

And if one wasn’t striving toward something, then who the hell was she? JUST a mother, I thought, disparagingly.

Another friend who has had luck as a writer, gaining hefty advances and time on the New York Times Best Seller list, told me emotionally–even a bit desperately, “I am a career writer. That’s what I do.” She was reacting to the changing publishing climate, in which the kinds of advances – large enough to allow someone like her to live for two years in an upscale urban area – are drying up. I wanted to feel for her – her “work”, as she’d known it, was changing probably irrevocably, and that is indeed scary. But I couldn’t much empathy.

I don’t mean to say that I view her as privileged. I’ve always ruffled at the argument that practicing art is a privilege. Having words always in your head, or images always in front of you, music in your ears – that is a way of Being. It can be viewed as a gift and even as an annoyance, but to be someone who tends to those words and pictures and sounds is not be a privilege any more than answering to an innate desire to teach or to medically cure others. One should be valued by society for sharing those imaginings with the world, for expressing them in such a way that helps the rest of us better understand ourselves and our world. “Looking at good art is like falling in love,” I read recently on a museum wall. Both are valuable experiences.

So I didn’t disagree with my friend that she should be able to keep doing what she’s done and be compensate it. Yet, there’s so much more luck-of-the-draw system in place in the arts than in other professions that I sometimes wonder if the arts can really be headed as a profession. We succeed and fail based on very fragile whims. There are many, many more talented people vying for a very small number of paying slots — that pay being decided in a pretty subjective manner by a small number king makers — as compared to, say, how talented accountants or dentists are rewarded. If you do good crowns or excellent bridges, chances are you’ll succeed sufficiently. Not so with oil painters and saxophonists.

As artists, part of our lot is to accept that the system is willy nilly. And in accepting that, perhaps our best choice is to settle down with it and let the art be. Allow it to ebb and flow and stop being wrapped up in success. Maybe by shedding our ambitions is the only way of doing our truest work.

I saw the novelist Marilynne Robinson speak a few winters ago. She lives in my town, so I see her at the farmer’s market in the summer and sometimes at her musician son’s performances in the winter. But this was a magical talk. She’d won the Pulitzer for her novel Gilead the year before. The book had come out 23 years after her first novel, Housekeeping. (Here’s a great NPR interview with her post-Pulitzer win.) She’d been busy in the intervening years, writing heady non-fiction about religion and teaching young writers their craft. But I got the strong impression that December late afternoon, as large snow flakes fell outside, that those two decades in between novels had not been a time she’d spent bashing her head against a wall, hoping desperately for something to write or fearing what would happen if she didn’t write another novel. Nor was it a time of ceasing to think of herself as a writer, for she is at her very core a writer. Rather, it seemed a time when she was sifting through ideas, letting some fall through the sieve and holding onto others – sometimes expressing them in alternatives forums, such as her nonfiction books or the classroom or even in her church where she sometimes gives sermons – and holding on to others, carrying them in her pockets and rubbing them, smoothing them out.

What would have happened to Marilynne Robinson’s writing if she’d felt compelled to get the Next Work Out? If she’d have an agent asking her when? If, in other words, she’d been led by the nose by ambition?

That day, I asked her how she’d managed to write Housekeeping when she had two young sons and was, I’d heard, a single mother. At the time, she was an academic, not a novelist, and it’s likely that no one in her life thought of her as such then. The moniker wasn’t yet attached to her person. She was teaching in France for a year, and her sons were in school nearly all day. The university went on strike, and suddenly she had time to go through the scraps of paper she’d been keeping in a drawer, on which she’d written ideas about characters and dialogue and questions. It was a collection of “What if’s” and suddenly she had the time to puzzle them together. She had time to begin writing a very slim but eventually very celebrated novel that would change – to the world, at least – who Marilynne Robinson was.My sense, though, is that it never for a moment changed who she was to herself. Her self-definition didn’t budge. She kept ambition calmly at bay – or so I’m guessing from how she’s portrayed herself and how she writes.

At 43, I think I’m ready to let go of the impatience of ambition. Of the foot race that comes with it. I want to be. Here and now. How long I can live without a moniker in our profession-obsessed culture, we shall see. (Ah, yes, another reason to move to France where, so I hear, no one asks ‘And what do you do?’ at parties) But I’m going to try to cultivate contentment with and appreciation for the multitude of things I accomplish each day, the infinite duties I hold, the people and beings to whom I tend in ways small and large. I am going to live on authentic conversation.

Jennifer New is a writer, curator, mama, and juggler of ideas. View all posts by Jennifer

21 thoughts on “Ambition – blind or otherwise”